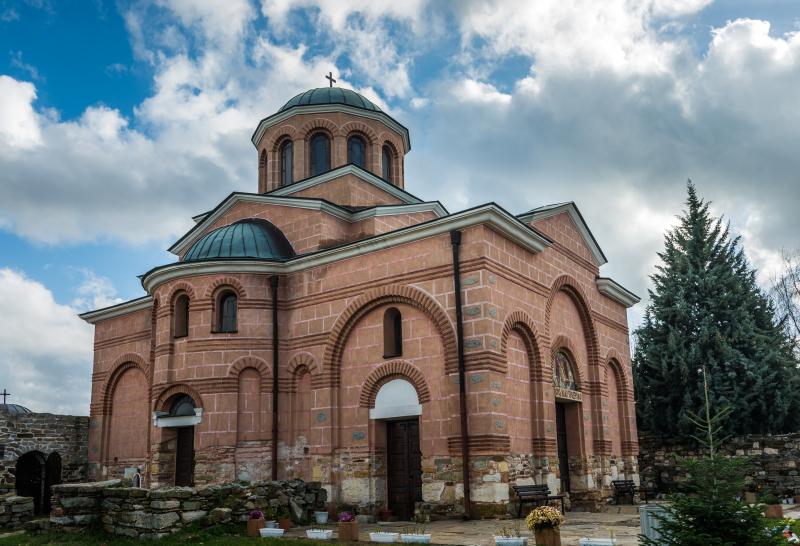 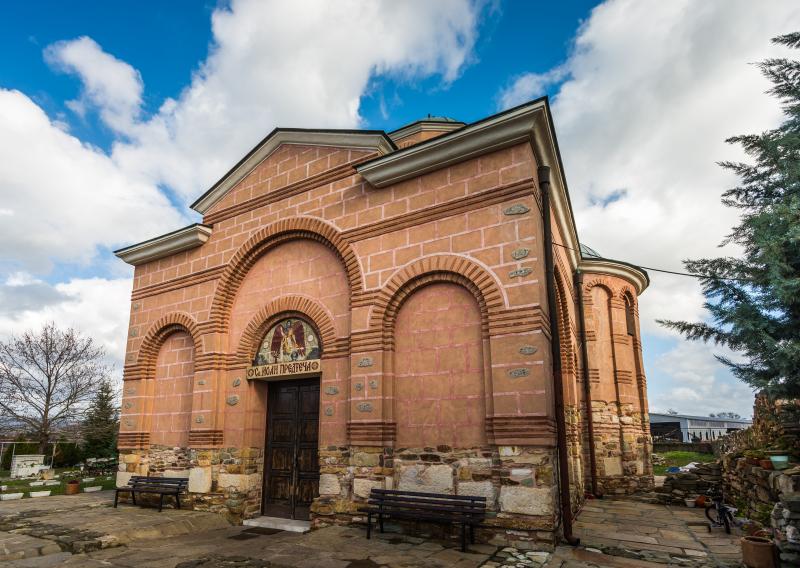 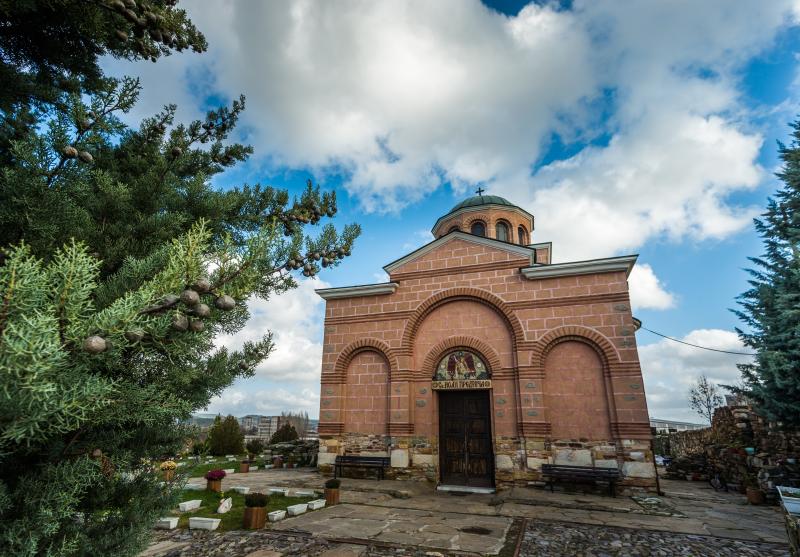 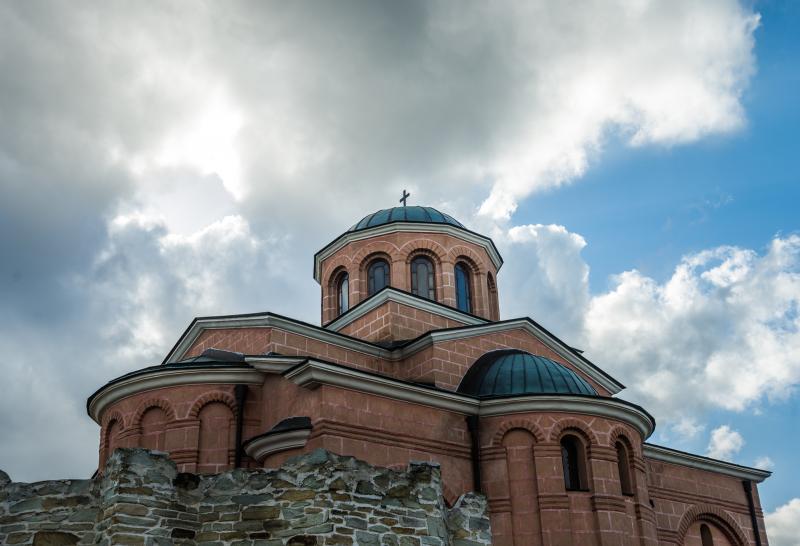 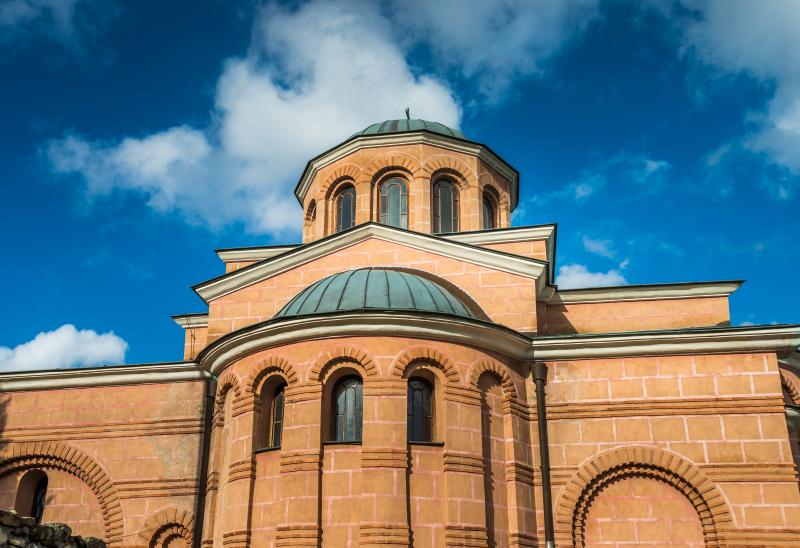 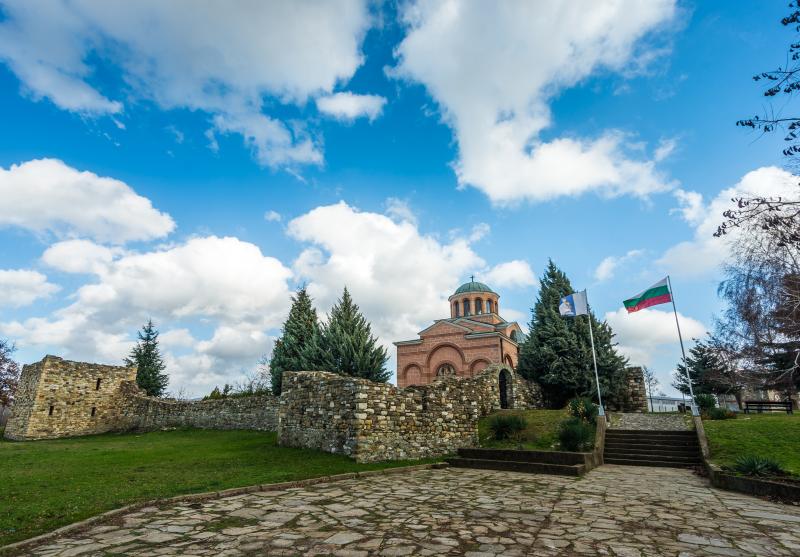 The medieval monastery complex “Saint John the Precursor” was founded in the 6th to 8th century period. It was the center of one of the biggest medieval eparchies, Achridos, and was in the typical Mount Atos style. A unique tomb was discovered in the complex in 1998, preserving the relics of a high-ranking bishop from the 13th to 14th century period. Parts of the golden-striped bishop attire were discovered during excavations there. This turned the complex into a monument of worldwide significance. The notable finds in the complex are the three temples and two tombs.

A thorough restructuring of the monastery took place at the beginning of the 11th century, which turned it into a unique architectural structure. A new fortress wall was erected, with square towers at the four ends and in the middle of each wall.

In the 9th century a fortified monastery, preserving the relics of a distinguished cleric, stood on the southern bank of the Arda river at a place protected by nature. It was destroyed during the 11th century. The palace of the abbot, the bishop of Achridos, was situated east of the large triapsidal church. The names of three bishops were known from the lead seals found in the administrative center Perperikon: Thomas, Constantine and Evstatic.

The western narthex was turned into a crypt at the beginning of the 13th century. The monastery went through ups and downs. Life slowed down considerably at the end of the 14th century, but the memory of it still lives on into the beginning of the new century.The basilica is a triapsidal, three - nave, cross-domed church with partially preserved frescoes (10-14 c.) .

The tomb of one of the Bishops of Achrydos, buried in his liturgical gar­ments, was thoroughly explored in 1998. The magnificent gold-embroidered tex­tile of the stole, the oversleeves and the epigonation astound the observer with their perfect elaboration.
After 600 years of silence, in 2000 the restored church echoed again with its chime in town of Kardzhali. It is included in the list of hundred national tourists’ sites of Bulgaria.