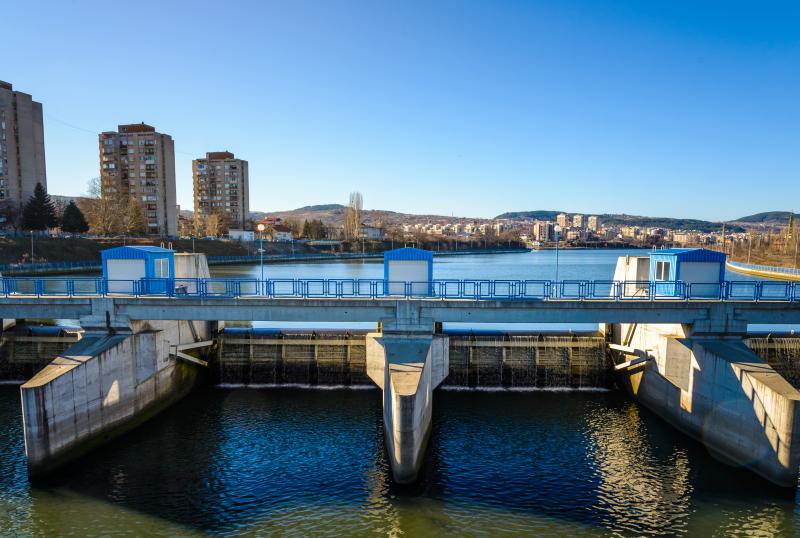 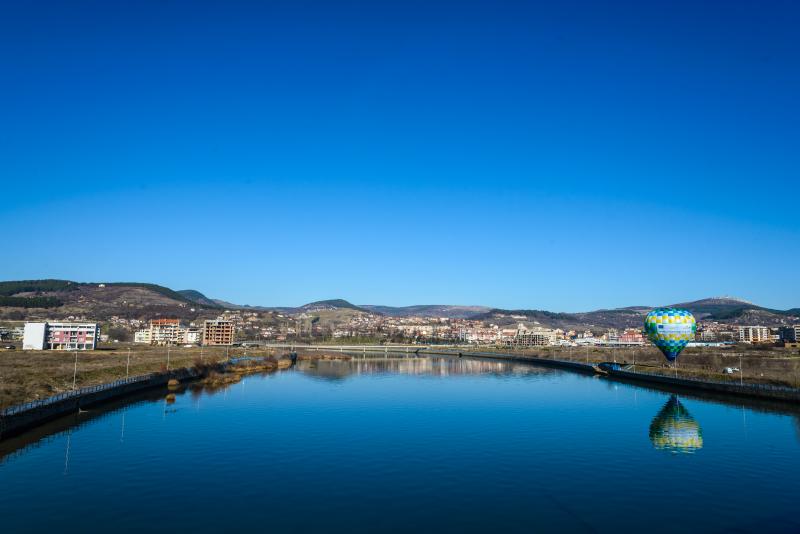 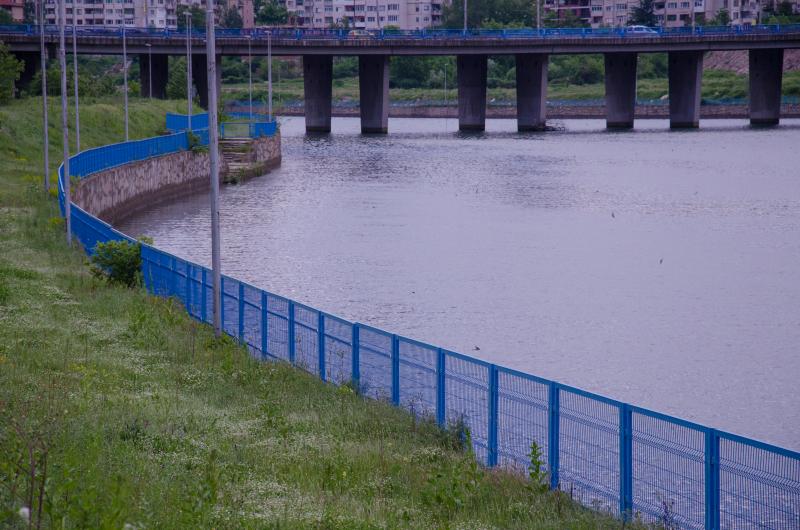 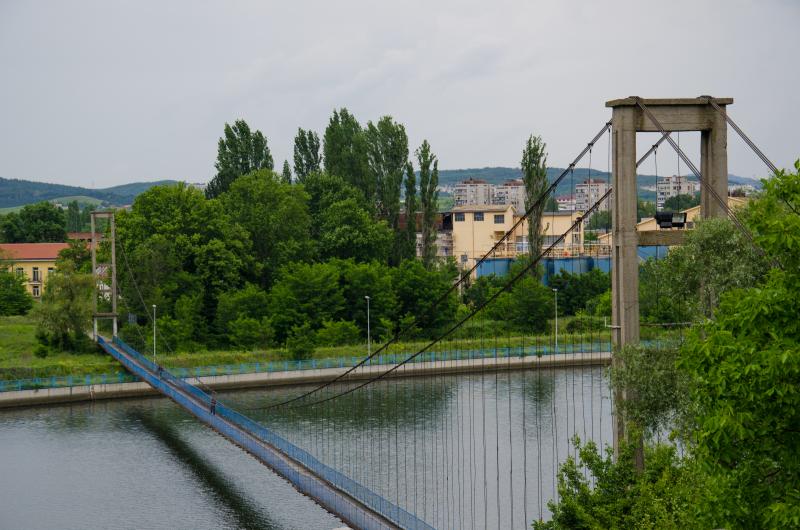 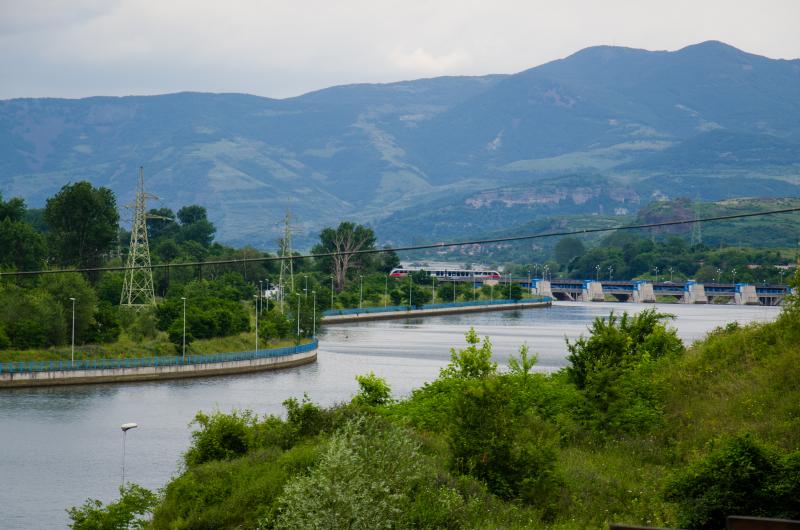 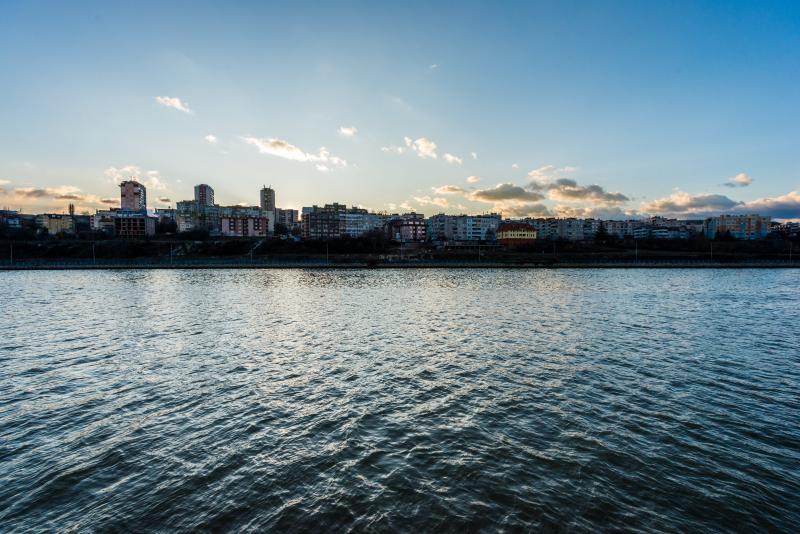 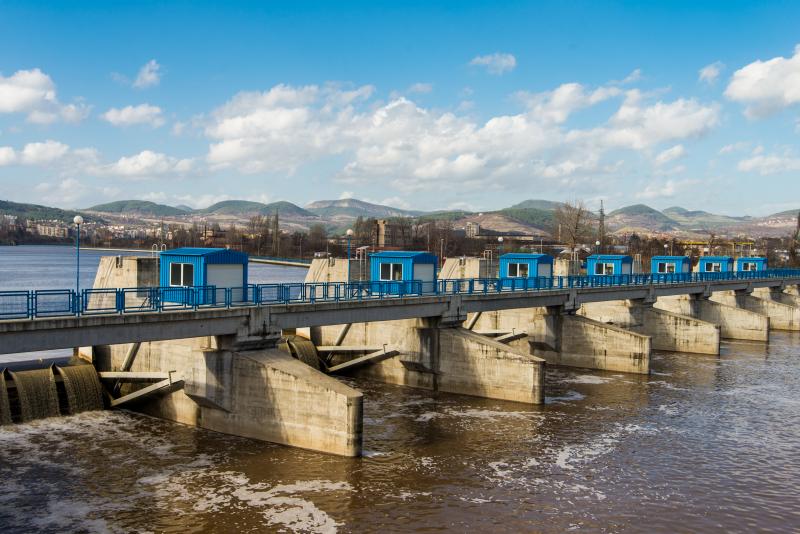 A new “water mirror” was completed in Kardzhali in 2009. The construction of this facility has been a dream for many decades. The local and national governments realized the importance of this project not just in its economic, but also in its ecological, tourist, sports and cultural aspects, but for various reasons the correction of the river and the construction of a navigable canal remained just a dream until several years ago.

“The Strengthening of the banks and canalising of the Arda river near Kardzhali” project is a complicated construction, which is comprised of 10 sub-projects. Massive walls on both banks form a vast expanse of water ( a water mirror ) 3 km long and 160 meters wide.

Two main collectors (I and VII, as well as a culvert on the bottom of the river) along the left and right banks gather the sewage waters. There is a plan for them to be taken further to the town’s water purification plant.
The project was created by “Energoproekt-hidroenergetika” – Sofia, lead by Dipl. Eng. Dimitar Popov and chief project manager Dipl. Eng. Fani Vutova. The construction was carried out by “Arda-Kardzhali” association, which had the daunting task of completing the highest responsibility facility, the “Lower” dam part.

The dam is a unique hydro-technical facility in its size and flow rate – 9 segment locks with hydraulic activation, allowing the weir to reach the depth of 4.5 m when closed, and 5.3 m when the turbines are working – with a flow rate of 160 cubic meters per second.

The navigable canal project is valued at around 77 million leva. Its completion allowed the cultivation of the zones around the river, the purification of sewage water and the clearing of the unnecessary vegetation.
The lighting system and the beautiful tracery panels of the fence along the two banks have changed the overall image of the river and the town, which is one of the most beautiful in the country. Even before its official opening the “water mirror” has started attracting visitors and has become one of the symbols of Kardzhali.